Paddy, 47, and his Top Gear co-hosts Chris Harris, 46, and Freddie Flintoff, 43, made their return to screens last week as the latest season of the BBC programme got underway. They were presenting the show from the Television Centre in Central London but BBC viewers also saw them taking part in several challenges. This included competing against each other and in the second episode of the series, the trio are seen battling it out in an extremely high octane race that doesn’t go to plan.

In the James Bond special, the three presenters each get their own Renault 11, which are all cut in half in homage to A View To A Kill.

When the three begin the race, Paddy will be seen jetting off as it seems he has an early lead against his co-hosts.

The advantage lasts for almost 20 seconds before he loses control as the vehicle spins in the middle of the track.

After several seconds, the car eventually comes to a halt as Chris is heard saying: “That’s him gone” as he takes first place.

However, Freddie suddenly takes the pole position as Paddy is seen sitting stationary on the grass verge. 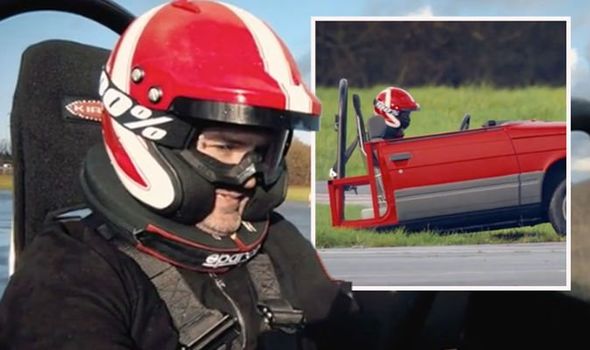 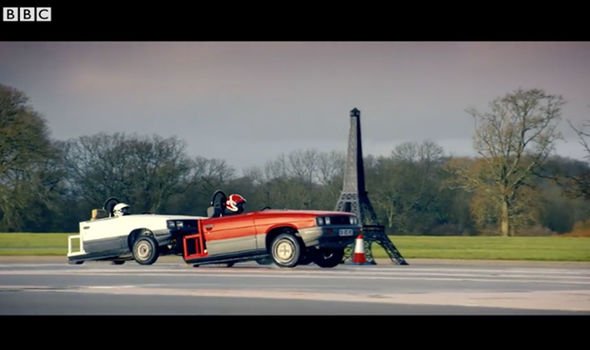 Eventually, Paddy manages to get his car going again but it’s not long before he loses control of the vehicle again.

Hitting a puddle on the track, the presenter is seen spinning again before he crashes the motor into the grass.

However, viewers will have to tune into the episode to see who wins the race and if Paddy manages to complete the run.

The James Bond themed instalment was filmed to coincide with the release of No Time To Die, which was meant set to hit cinemas last year before the pandemic hit. 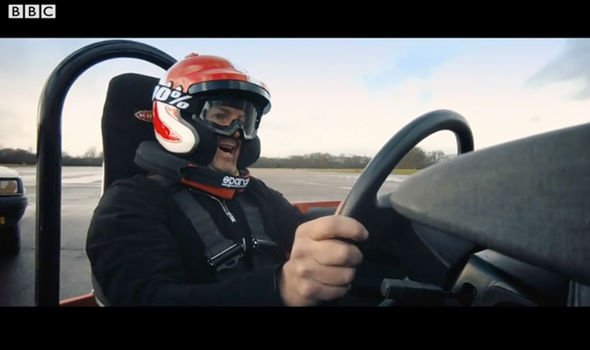 One of the segments included in the episode will see the hosts present Top Gear’s Guide To Buying A Bond Car On Any Budget.

This will see the finest-ever cars featured in the franchise make an appearance at the test track hangar in Dunsfold, Surrey.

The trio will tell viewers how they can get their very own Bond car with the budgets they have avail be to them.

Some of the iconic vehicles which will star in the episode include Aston Martins from Goldfinger, On Her Majesty’s Secret Service and The Living Daylights as well as many more.

Speaking of filming the movie-inspired episode during the pandemic, host Chris has said: “I’m a total Bond obsessive.

“I love the cars and I watch the films religiously with my kids because they’re one of the ultimate viewing experiences.

“So, to get access to the back catalogue of Bond cars was amazing and I love the fact that we feature some of the cars you’d forgotten about.”

The presenters will also take on roles from the film franchise themselves as they don the suits to become 007.

In one moment, Paddy will be seen playing Bond and will get behind the wheel of an Aston Martin DB5 as he is pursued by Chris and Freddie who are acting as henchmen.

The latter will be playing Jaws from The Spy Who Loved Me and Moonraker as Chris takes on Nick Nack from The Man With The Golden Gun.

They will both be seen driving a Ford Cortina before Freddie takes part in another high-octane challenge.

He will be driving the new, battery-powered off-road Extreme E car but he will be put through his paces as he races a man in a jet-pack. Who will come out on top?

Top Gear continues tonight at 8pm on BBC One.