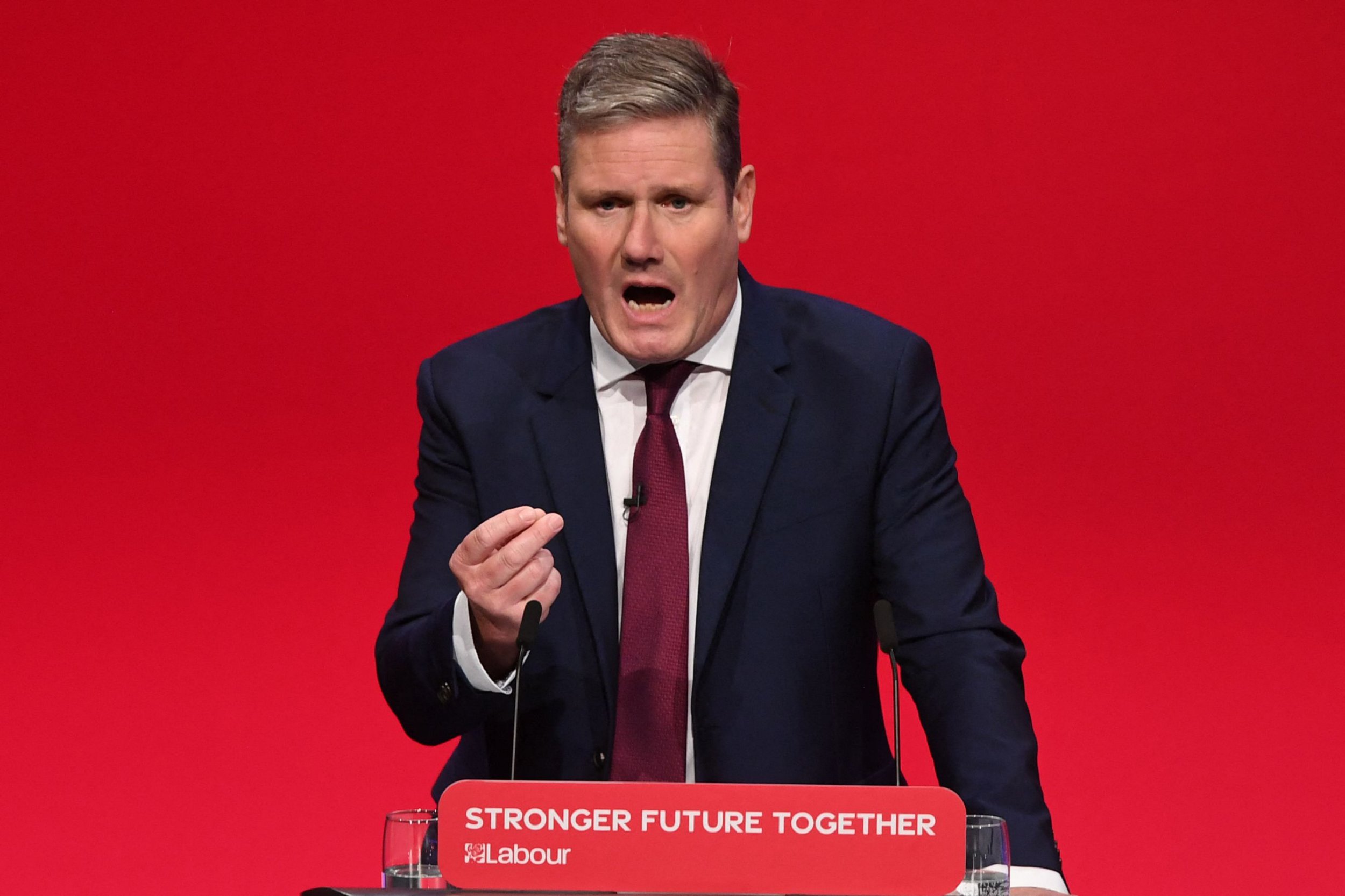 The leader of the opposition gave his first in-person speech on Wednesday afternoon, lasting almost 90 minutes and running to more than 7,000 words.

The momentous event was broadcast on Sky News, with its YouTube channel broadcasting a caption mistake, which made it look like Sir Keir had said he ‘declared the matter closed when I got pink eye’.

Of course, Sir Keir hadn’t actually announced to a packed audience that he had suffered a spot of pink eye.

Instead, he had been saying ‘when I got pinged I isolated’. An easy mistake, right?

Pointing the blunder out on social media, Spiked Online editor Tom Slater wrote: ‘I am however enjoying the subtitles on the Sky News YouTube feed.’

Sir Keir branded Boris Johnson as a ‘trickster’ with no plan for running the country as he insisted Labour could win the next election.

He said he is ‘totally serious’ about defeating an inadequate Government that ‘can’t keep the fuel flowing’ or supermarket shelves stocked.

I am however enjoying the subtitles on the Sky News YouTube feed pic.twitter.com/70Hjfkq8MD

During the speech, however, Sir Keir was repeatedly heckled, prompting him to address his distractors head on.

Later on, supporters of the leader tried to drown out the hecklers with applause as one woman jabbed her finger and shouted in the direction of Sir Keir.

She was later identified as Carole Vincent, a contestant on the eighth series of Big Brother who had previously stood as a council candidate for George Galloway’s Respect Party.