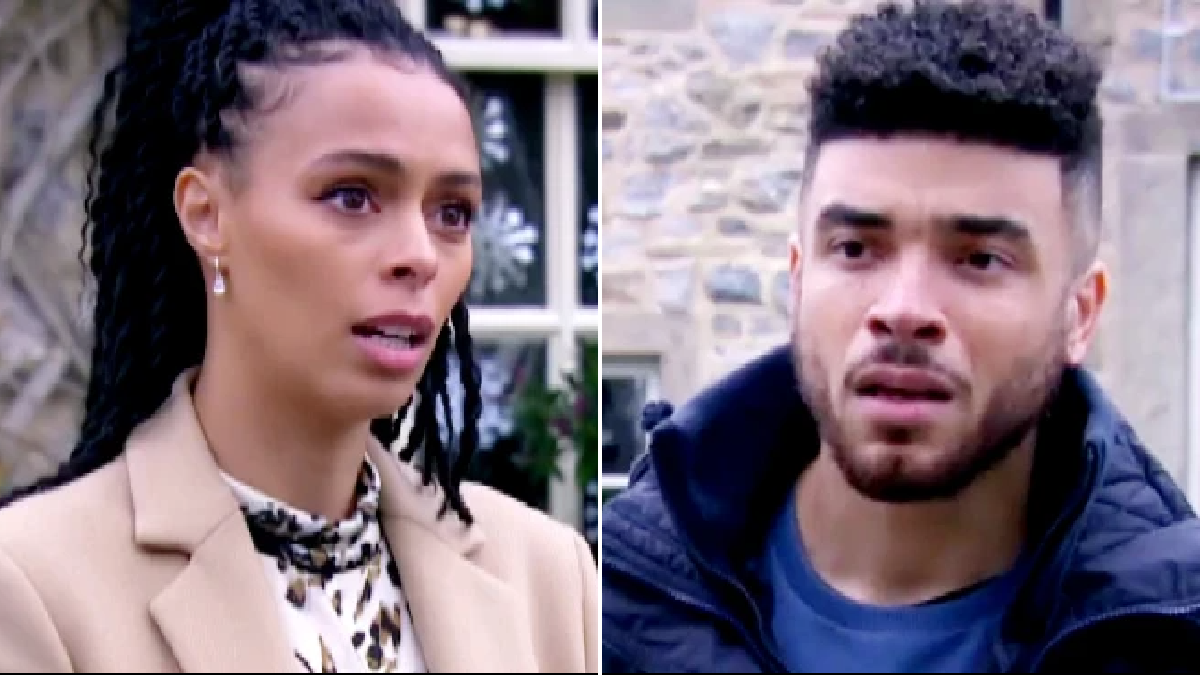 Vanessa Woodfield’s (Michelle Hardwick) return to Emmerdale is already causing drama and tonight, things were taken up a level as her girlfriend arrived.

Bumping into Charity (Emma Atkins), Vanessa used it as the perfect opportunity to confront her about the cheating, which happened when Vanessa was battling cancer.

Charity cheated on Vanessa with Mack (Lawrence Robb) but made sure her ex knew that her relationship with Mack isn’t the same as what they used to have.

There was a happy distraction for Vanessa later in the episode as her girlfriend arrived.

But who is it?

Fiona – the lady Nate (Jurell Carter) slept with while on a night out in Hotten.

The tense atmosphere grew while in the Hide, which resulted in Nate confronting Fiona, wanting to know if she had any idea his partner is Vanessa’s sister.

As the group left the Hide, they bumped into Charity and Mack.

Convinced Charity had disrespected Fiona, Tracy and Vanessa confronted her, but Charity had no idea what they were talking about.

The situation escalated, leading to confirmation Nate and Fiona already know each other.

Revealing the secret, Fiona told everyone her and Nate slept together when she was on a break with Vanessa.

Vanessa was shocked, as was Tracy, who couldn’t believe Nate had continued to lie about the night in Hotten.

Can Nate make amends, or could it be over for good?

And what about Vanessa – will she end her relationship with Fiona?