Alexander Ludwig has become one of the biggest names on TV in recent years in no small part thanks to his flawless portrayal of Bjorn Lothbrok in History and Amazon Prime series, Vikings. However, with the action-packed historical drama coming to a close earlier this year, Ludwig was quickly snapped up to lead the highly-anticipated wrestling drama Heels on US network Starz. And to send excitement levels for the new show through the roof, a first-look snap of his character Ace Spade opposite Snowpiercer’s Mike O’Malley has been released.

Heels follows two brothers in a small town in Georgia with big dreams of making it on the national wrestling circuit.

The synopsis from Starz reads: “Two brothers and rivals – one a villain, or ‘heel,’ in the ring; the other a hero, or ‘face,’

“(They) play out in scripted matches as they war over their late father’s wrestling promotion, vying for national attention in small-town Georgia.” 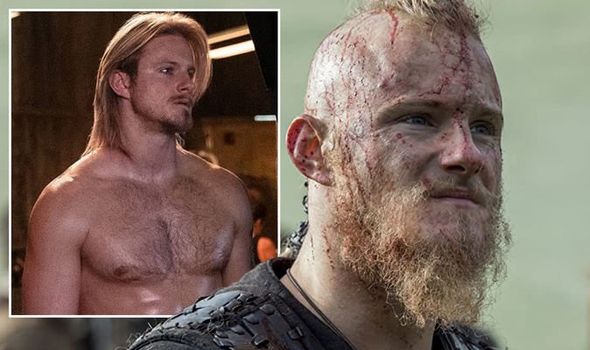 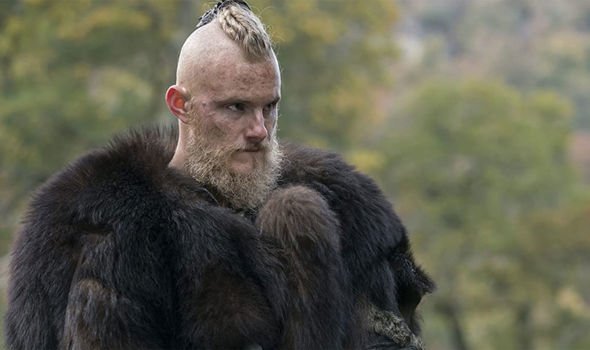 Over the course of the first season, Starz viewers will witness how Ace and Jack juggle with their own desires for glory as well as keeping their brotherly bond.

And along the way, Ace looks like he’ll come face to face with a rather eccentric character named Charlie Gully.

According to TV Line, Charlie enters the fray as the head of his own wrestling firm, FWD (Florida Wrestling Dystopia).

However, FWD isn’t like other wrestling promotions before it as it tailors its bouts more towards the violent side of things rather than the storytelling.

But having established himself and made his fortune up north, Charlie will lock horns with Amell’s character Jack.

However, judging by the first-look picture of Ludwig and O’Malley’s characters, maybe Ace is going to be more receptive.

But will Charlie be the one who drives a wedge between the two brothers by getting Ace on board?

Whatever happens, Heels fans were quick to express their excitement at seeing the Snowpiercer star team up with Ludwig in the new series.

“I can’t wait for this,” added a second, while a third replied: “Omg give us a premiere date PLEASE?!?!! I cannot wait for this! Love the entire cast ESPECIALLY Mike O’Malley!” (Sic)

“LEGENDARY,” weighed in a fourth, while a fifth commented: “Oh yeah definitely @therealmikeomalley is THE MAN!”

O’Malley, Ludwig and Smell aren’t the only big names lined up to star in the drama either.

The Goldbergs star Kelli Berglund will appear in every episode as Crystal.

Elsewhere, Alison Luff, who fans may recognise from her roles in New Amsterdam and FBI, will take on the role of Staci Spade.