As the coronavirus pandemic continues and television channels start airing repeats in lieu of new shows, the BBC’s comedy series W1A has shared a video which pokes fun at the British broadcaster trying to deal with the death of content. The video was posted online on May 20 and features the main cast of the series, who came back together to make the special video to keep fans entertained during lockdown.

How to watch the W1A lockdown reunion online

The main stars of the show appeared in the video including Hugh Bonneville as Ian Fletcher, Jason Watkins as Simon Harwood, Monica Dolan as Tracey Pritchard, Sarah Parish as Anna Rampton and David Westhead as Neil Reid.

The video was uploaded to YouTube with the note: “Will, when you upload this remember to click ‘Private’” in the description section, a reference to intern Will Humphries (Will Humphries).

Viewers can watch the video above or on YouTube on a previously unused channel called SyncopatiZoom.

The video is titled Initial Lockdown Meeting and was posted earlier this week. 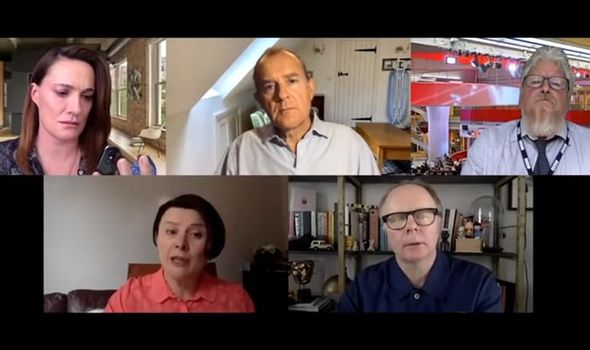 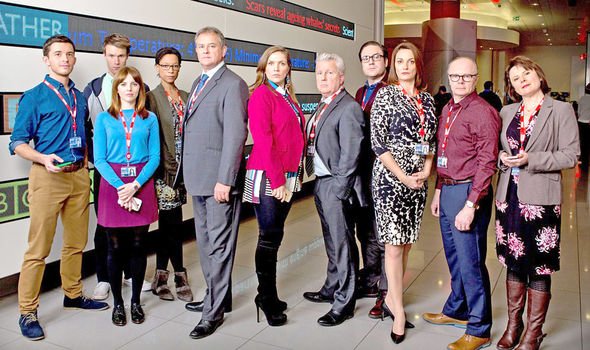 Alternatively, the video is available to watch on Twitter after star Bonneville shared it on his page on the micro-blogging platform.

In the five-minute skit, the characters gather for a forward-planning meeting over a Zoom conference call.

They discuss the plan to fill the schedule given filming on new TV programmes has been brought to a halt due to COVID-19.

Much like the full W1A series, the parody cuts close to the bone as they discuss reaching “peak repeats” and viewers tolerating only so many Dad’s Army reruns. 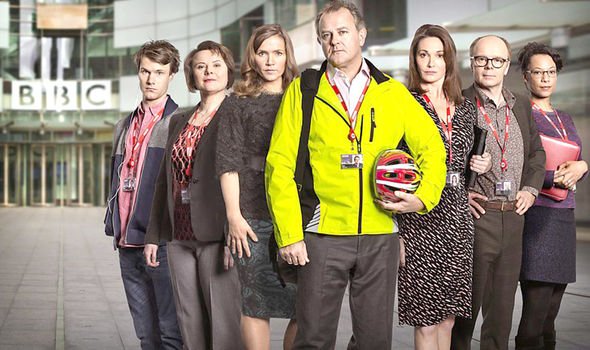 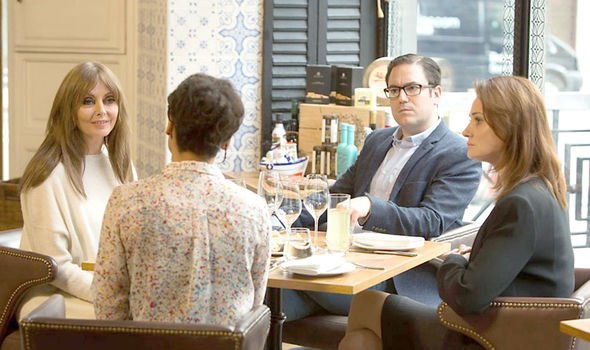 By the end of the video, the team appears to agree 2020 has been a write-off and considers airing television from a “better year” such as 2012 and repeating programming from all 365 days.

Downton Abbey actor Bonneville shared the video on his Twitter account with his 155,000 followers, along with the tweet: “#W1A Will, make sure you put this on the internal Syncopatizoom only.”

In response to the tweet, Watkins joked: “Yes no brilliant Ian. I’ve got Will sitting here with me in my office.

“(He’s 2 metres away, wearing a Darth Vader mask and helmet, and gardening gloves) confessing it was him who leaked our zoom meeting on @YouTube Can I fire him?”

While Dolan wrote underneath this: “Oh bl**** hell, Will.”

Many fans have praised the W1A team for the video, which seems to have been worryingly accurate in its depiction of the corporation.

One person posted: “Thank God you guys are here to come up with forward moving content, even when we’re moving backwards. Absolutely yes.”

A second fan said: “Brilliant! Thank you for this – it’s just what I needed. Please can we have a whole series of w1a lockdown via zoom!”

W1A first debuted in 2014 and was a follow-up to the comedy series Twenty Twelve which lampooned the Olympics in London.

The show ran for three series before coming to an end in 2017.