There are so many moments that stand out in Star Wars. There’s Darth Vader’s truth-bomb that he’s Luke Skywalker’s father. Or Leia and Han Solo’s “I Love You”/”I know” scene. There’s Anakin’s pod-race, or his “I hate sand” bit with Padmé when he’s 19. But one of the most significant moments in the whole franchise is Order 66. It was the turning point in the Clone Wars, it signifies where Anakin Skywalker ends and Darth Vader begins, and it also just hurts to think about.

And with the end of Star Wars: The Clone Wars, fans finally get to see how this infamous event played out for Ahsoka and Rex, two beloved characters. If you didn’t think that was emotional enough, there’s a fan-made video that shows how it all went down in real time. [Spoiler alert: Spoilers ahead for Star Wars: The Clone Wars, through Episode 11]. 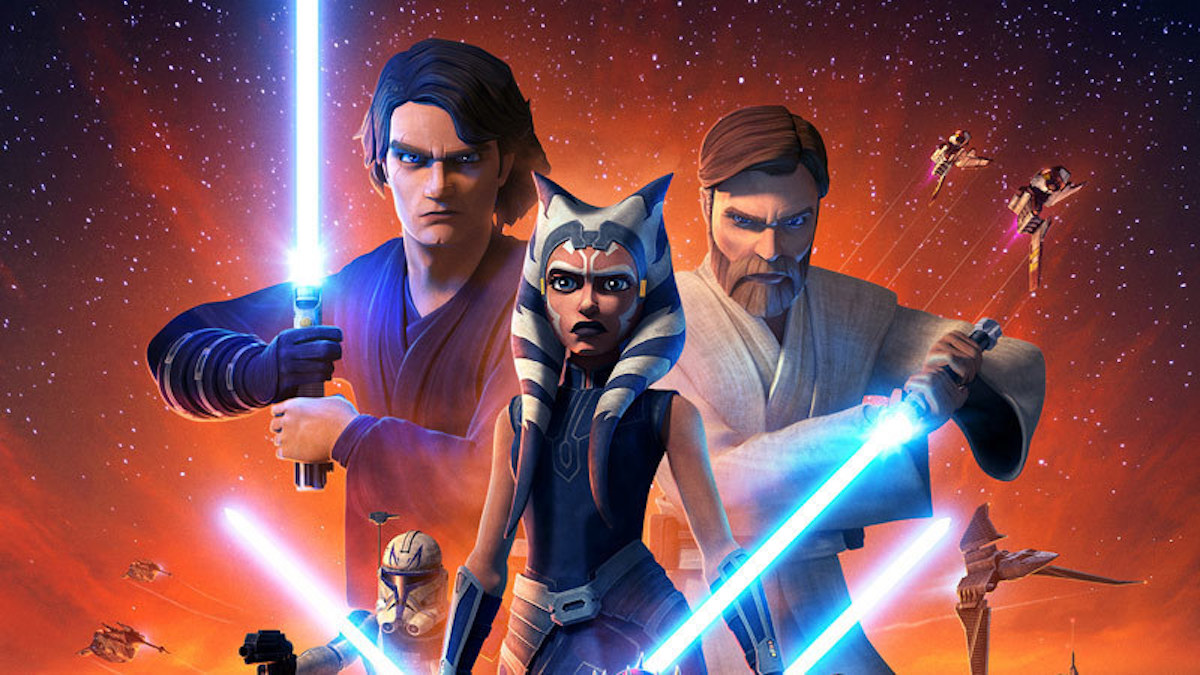 Someone edited the events of Order 66 in real-time, and it’s… tough to watch

Reddit user u/BattleScones made a popular post on the Star Wars Reddit page on May 1, the morning that Episode 11, “Shattered” premiered. The episode depicts Ahsoka, Rex, and the rest of her 332nd Company leaving Mandalore after successfully catching Maul. They were heading back to Coruscant to deliver him to the Jedi when Anakin turns to the Dark Side.

It’s actually a very emotional moment on Ahsoka’s end because she’s so connected to her former master that she buckles under the weight of his betrayal. The audience hears the Revenge of the Sith scene where he cuts off Mace Windu’s hand, and Palpatine wins. And we can clearly see Ahsoka feels it too.

It’s one thing for the audience to know that Order 66 is a widespread directive and every clone within shooting distance of a Jedi are killing them. It’s shown pretty well in Episode III. But it’s a whole other thing to see it all happening side-by-side. Well, this video does that. With clips from the new The Clone Wars episode, Revenge of the Sith, and Jedi: Fallen Order, it gives an approximate real-time version of Order 66, and plays the soundtrack from Episode III. If you didn’t cry while watching the episode, you’re bawling now.

Order 66 is the start of a new era in Star Wars. The original trilogy happens in this era, years later. When fans first saw Star Wars in 1973, that was the height of the Empire with Emperor Palpatine at the head of it all. Darth Vader was his apprentice, who did a lot of his dirty work for him. The Rebellion was right there too, trying to undo all the evil the Empire did. And that is jumpstarted by Order 66, the Jedi Purge.

Now that we actually have more of the context of this event, after seven seasons of getting to know the clones, it’s harder to watch in Revenge of the Sith. Especially when you know how closely clones worked with the Jedi in charge of them. They respected them and as Anakin told Ahsoka in Episode 9, “loyalty means everything to the clones.” Seeing the Wolfpack gun down Plo Koon mid-flight hits harder when you know that bond between them. And then seeing it from Ahsoka’s side? It really solidifies Order 66 as one of the most heartbreaking moments in Star Wars.

For Dave Filoni, it was important to show Ahsoka and Rex’s side of the end of the war

Dave Filoni, the supervising director and executive producer of the series, has said that he went into this season trying to show other perspectives of this time period. He didn’t want to reiterate things that already exist on-screen. So instead of showing a lot of Anakin, Obi-Wan, Padmé, and others, he really honed in on Ahsoka and Rex. Since neither of those characters got a resolution. The show was canceled, and then they showed up in Star Wars Rebels.

In a “Clone Wars Download” episode from this season, Filoni explained how the season was split into three arcs.

“Each story arc in the last 12 episodes gives you an important piece of the end of the war,” Filoni said. “The clones’ perspective, Ahsoka’s perspective, and then the finale, which brings both of those two together. Because, in the end, The Clone Wars to me is about Ahsoka and Rex.”

With just one episode left, the series is going into unfamiliar territory. The Clone Wars are over, the Jedi are either dead or in the middle of being hunted. How do Ahsoka and Rex get to safety? May the Fourth can’t come soon enough.