Sam Heughan is currently on set for the upcoming seventh instalment of Outlander, along with co-stars Caitriona Balfe, Richard Rankin, Sophie Skelton and John Bell. While fans of the Starz drama await the end of the latest ‘Droughtlander’, the Scottish star has given a touching tribute to the rest of the Fraser clan.

The Jamie Fraser star revealed his co-stars are the main reason he has remained on the series for almost a decade.

He and the cast could expect to stay in 18th Century America even longer if Starz adapts all ten of Diana Gabaldon’s bestselling novels.

Thankfully, the cast has become inseparable over the years and are more than willing to continue to tell Claire and Jamie’s epic story. 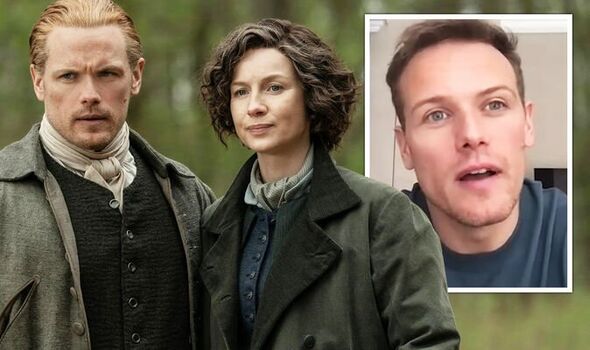 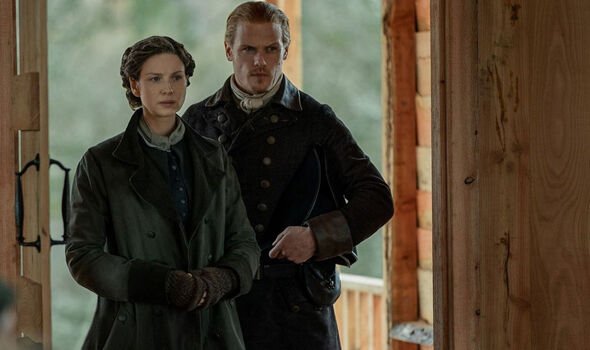 Sam also credited his behind-the-scenes team for giving him the motivation to get started each morning.

He went on: “It’s like, we’re all in it together and we’re all doing it.

“As soon as I get in my car and I go to work I’m with my driver and my makeup artist, the whole gang is there.

“It’s fun, it’s a big family. We are… we support each other, we’re a little network.” 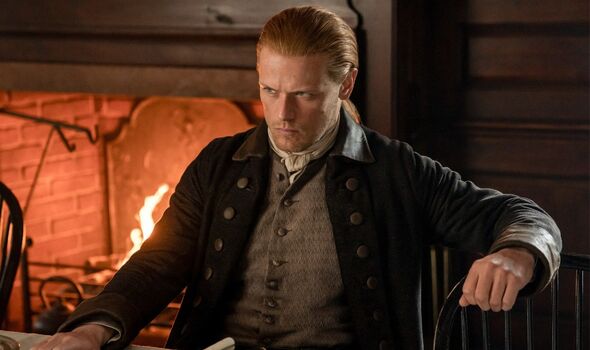 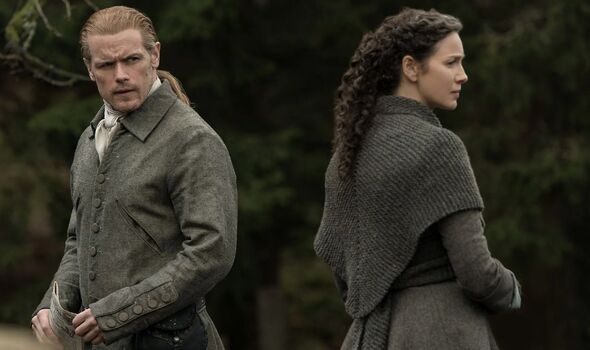 In season six, Claire and her husband continued to get settled on Fraser’s Ridge before a mysterious figure from Jamie’s past threatens the sanctity of their new home.

Newcomer Tom Christie (played by Mark Lewis Jones) and his daughter Malva (Jessica Reynolds) nearly caused a rift between the pair when she became pregnant and accused Jamie of being the father.

Claire was ultimately taken hundreds of miles away from her home when Malva and her baby were both found dead and the secret time-traveller was blamed for the crime.

“Seven appears to be that way, as well. I think the writers have had time.”

Despite the show’s compelling scripts, Sam admitted some of the writers have struggled a little to get to grips with Outlander’s period-accurate dialogue.

He explained: “It’s interesting because some episodes need more work, others need less.

“But I feel I am the consistency of Jamie – there’s a certain way he talks that some writers get, some of them don’t.”

Even so, he revealed he’s just as desperate as the show’s fans to discover what’s next for the Frasers in the next chapters.

Thankfully, Diana’s books are well ahead of the Starz adaptation with the publication of her ninth book in the series last year.

The network has yet to confirm whether it will bring all 10 of her novels to the screen but, with a new prequel also on the way, the Outlander saga is far from over.

Outlander seasons 1-6 are available on Starz in the USA and StarzPlay via Amazon Prime Video in the UK.