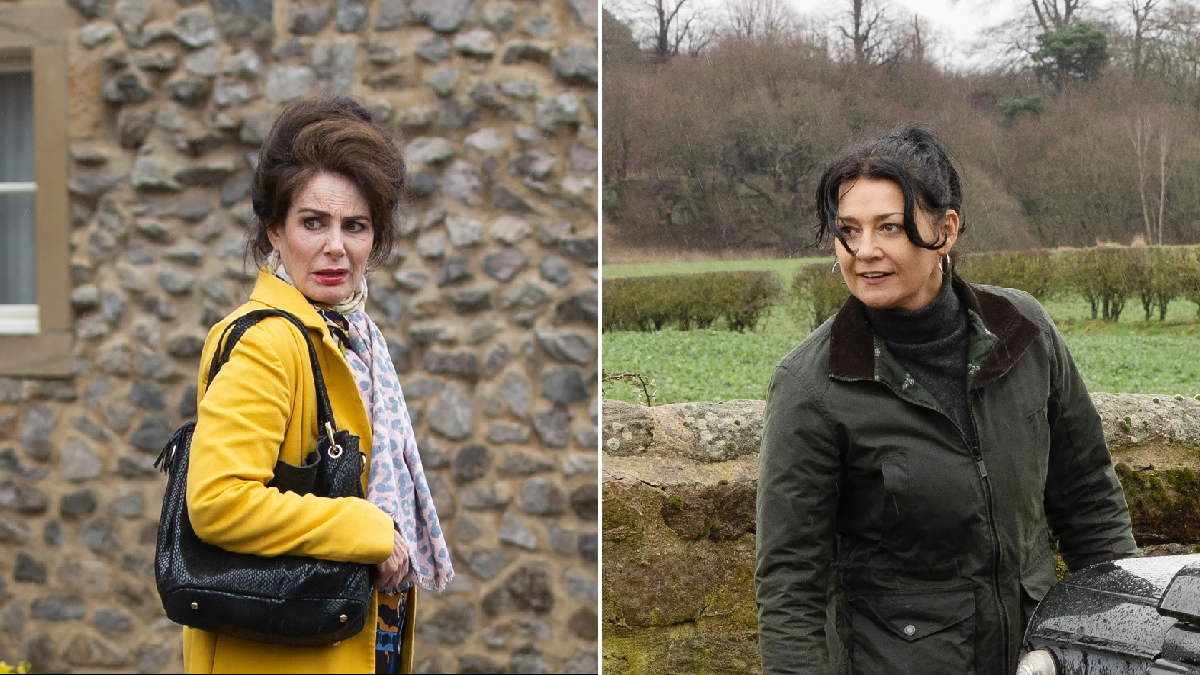 In the aftermath of yet another row with Cain (Jeff Hordley), Faith’s frustration is set to lead to a violent outburst in the village that shocks her loved ones.

The drama begins when Faith is seen desperate to get somewhere – and fast! But it’s when the bus fails to show, she has an argument with Amelia Spencer (Daisy Campbell).

After offending Amelia, Faith ends up taking one of the teen’s dumbbells and doing damage to her and dad Dan’s (Liam Fox) house, throwing it through the door window.

Moira witnesses the shocking moment and is horrified – but what causes it?

Could Faith’s actions be linked to wherever she is rushing off to? Given how odd her behaviour has become, is there a medical reason for this? Perhaps Faith is supposed to be heading to a secret hospital appointment when her transport disaster strikes, causing her to lash out.

Viewers will recall that some time ago, Faith began suffering with debilitating arthritis. Wanting to keep Cain close, she briefly led him to believe her breast cancer had returned when she had received the all-clear.

But could she truly be suffering with the serious illness now? Or is another condition that’s directly responsible for Faith’s antics?

Then again, given that this all takes place during an explosive week for several villagers, could there be another link? Is Faith on her way to see an injured relative after the shooting and car crash?

Could the feud between Cain and Al Chapman (Michael Wildman) also be a factor? Is she hoping to reach her son to offer help, leaving her frantic to the point of self-destruction?

Whatever her reasons, Faith could be able to face huge consequences for her moment of rage. Will she be okay?