Tyra Banks has proven time and time again that she’s a woman of many talents. The bombshell is most well-known for working the catwalk like a queen, but she’s also dabbled into plenty of other endeavors in her career. For example, she showed she could act and dance when she played a small role in the film “Coyote Ugly” (per IMDb). Another notable part that Banks played was on the small screen, starring in the Disney hit “Life-Size” in 2000. In the movie, she played Eve, a doll who came to life and became BFFs with Lindsay Lohan (and we can’t get that song out of our heads). She even made an appearance on “Dancing With the Stars.”

In case you don’t remember, Banks also had a career in music, though it was short-lived. Her single “Shake Ya Body” was pretty popular in 2004, but it never transpired into anything more. “I do feel like it’s a good song, it just didn’t have the right person singing it, Banks told Entertainment Weekly. “If Janet Jackson or Jennifer Lopez sang it, it would’ve been huge.”

Of course, she also appeared in the show “America’s Next Top Model,” and like many other celebrities like Kelly Clarkson and Drew Barrymore, her celebrity status earned her a self-titled talk show. According to IMDb, the show ran for five years from 2005-2010, but sadly for viewers, it came to an end. So what really happened with the talk show? Keep scrolling for more details.

Tyra Banks wants you to know that she was burned out 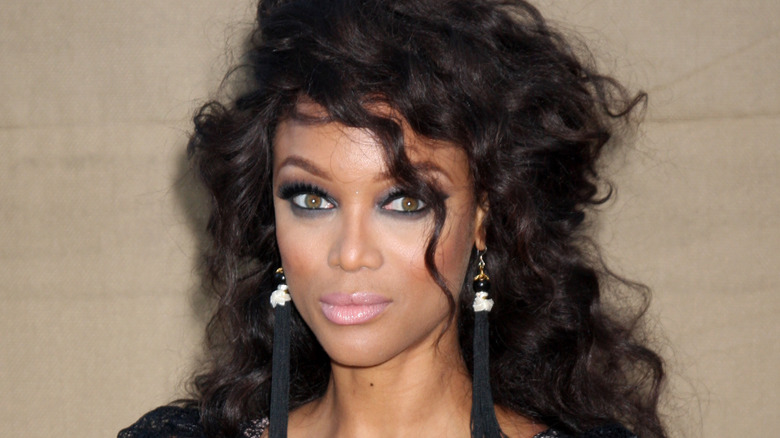 In 2009, Variety reported that Tyra Banks’ self-titled talk show would be ending after five years on the air. They also shared that there would be a 2010-2011 season that aired best-of segments. The outlet reported “The Tyra Banks Show” averaged around 1.6 million viewers per show, similar to Ellen DeGeneres and Oprah Winfrey. Banks opted to pull the plug, not because of ratings, but instead because of burnout.

In 2018, she sat down with Variety and confessed that the show took a toll on her. “When I had ‘The Tyra Banks Show,’ it was one of the hardest things I’ve ever done,” she shared. “Having a talk show and doing six shows a week is just nonstop, and toward my last season I was so stressed because I was doing two ‘Top Model’ seasons per year and the talk show all year and I was overlapping. That’s why I’ve learned to not overlap, so I don’t go crazy.” She noted that her body told her “you need to just stop” and “you need to rest.” While many talk shows tank because of ratings, it seems as though Banks stopped her series because of straight-up burnout.

Interestingly enough, she returned to the talk-show world in 2018 on “Fab Life,” primarily to plug her beauty brand. After just two months, she said, “I stepped away, which is not my thing — I’m not a quitter.” We all need rest Tyra, it’s okay!