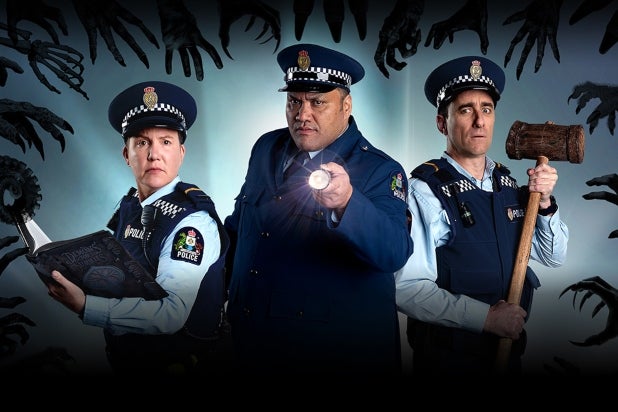 The CW and HBO Max have jointly acquired the rights to New Zealand series “Wellington Paranormal,” a TV spinoff of Taika Waititi and Jemaine Clement’s “What We Do in the Shadows.”

“Wellington Paranormal,” which first aired in the country in 2018, follows officers Kyle Minogue (Mike Minogue) and Officer O’Leary (Karen O’Leary), with both actors reprising their roles from the 2014 film. The pair are “hard-working members of the Wellington constabulary’s paranormal unit who, under the supervision of Sergeant Maaka (Maaka Pohatu), investigate supernatural occurrences that arise in the capital of New Zealand on a surprisingly regular basis.”

Every episode of the supernatural comedy series will first air on The CW and will then be available to stream on HBO Max the next day, as well as The CW app and CWTV.com. Created by Clement and Waititi, who serve as executive producers of the series with Paul Yates, “Wellington Paranormal” is produced by The New Zealand Documentary Board.

The series will premiere on The CW and HBO Max sometime this summer. Its third season premiered last month on New Zealand’s TVNZ 2.

“Wellington Paranormal” is the second spinoff of the well-liked mockumentary film “What We Do in the Shadows,” which focuses on the hilarious exploits of some very old vampires attempting to live in the modern world. FX adapted the film into a TV series that is set in the same world but shifts the setting from Wellington to Staten Island. Waititi and Clement cameo in the series as their film characters.