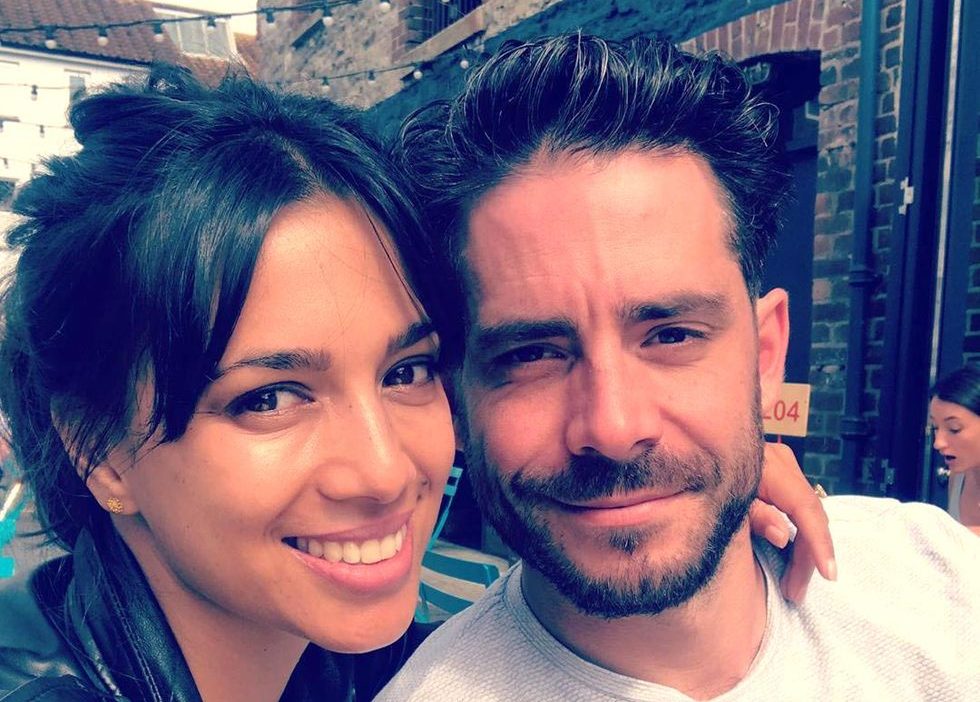 Fiona Wade, who plays Priya Kotecha in Emmerdale, recently opened up about her struggles with anxiety in an interview with The Sun and during the interview, she also discussed her relationship with writer and actor Simon Cotton.

Fiona and Simon got married over a year ago, and viewers may recognise Simon’s face as he has appeared alongside Fiona in Emmerdale.

Who is Simon Cotton?

London born Simon Cotton is a writer and actor, and married Fiona in 2019. After she became engaged, Fiona gave more details on the proposal during an interview on Lorraine:

‘It was a sequence of clues, involving my best friends and my mother. And he took me to this beautiful hotel in London, then he took me to my home where my dad passed away. It was candles and flowers and then the next day we went to Paris.’

Who did Simon play in Emmerdale?

In 2017, Simon appeared in Emmerdale playing Home Farm client Hugh Bryant. Hugh was there as Rebecca White (Emily Head) had arranged a team building day for them at Tree Top Adventure World.

However, Hugh’s plans to check out Rebecca’s management skills went wrong when his car ended up on fire, which lead him to terminate his business with Home Farm.

What else has Simon appeared in?

As well as Emmerdale, Simon has appeared in The Fall Of The Krays, The Unseen, Doctors, and Amazon Prime’s Hanna.