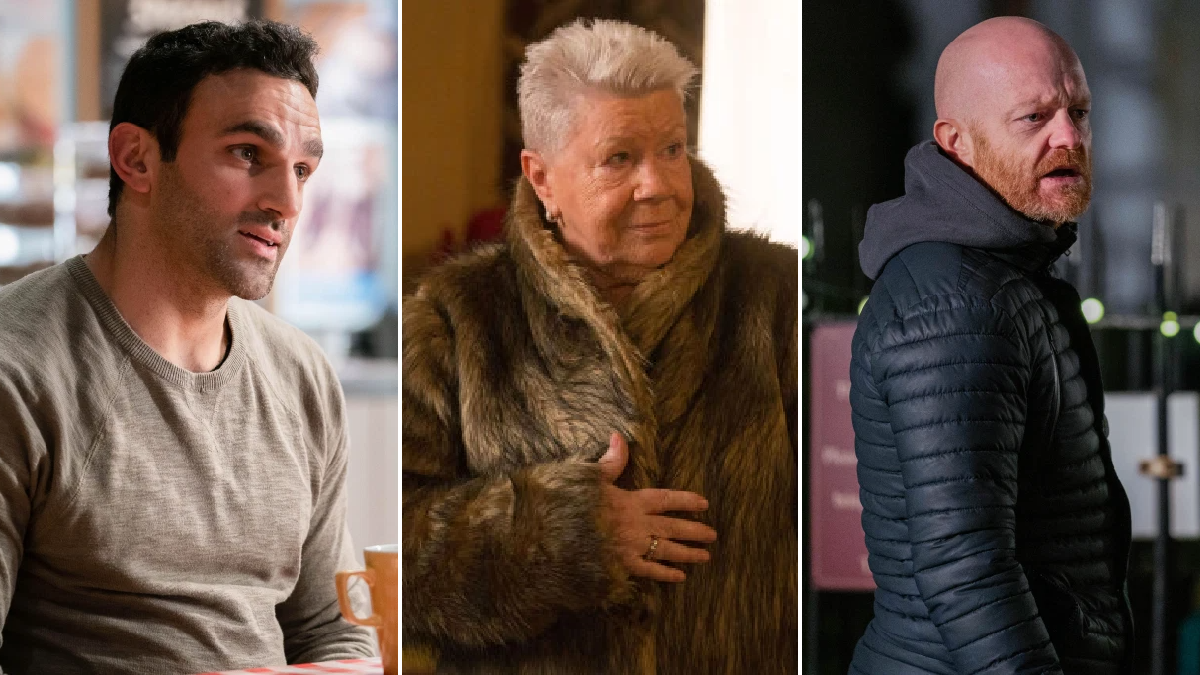 These two characters have departed by that’s sadly not the end, as we still have five further exits confirmed.

So, who’s leaving? And will any of the characters die? Let’s take a look…

The exit that’s been on the cards for months is that of Max Branning (Jake Wood). Jake’s exit was announced last year, and as the unlucky in love Branning becomes determined to win Linda (Kellie Bright) back, he starts to struggle and will deeply miss his late daughter Abi.

Most recently, Max figured out that Sharon (Letitia Dean) was the person behind Ian’s attack, and accused her in the pub in front of Linda and Mick (Danny Dyer), thinking that if he could prove Tina was innocent, he may stand a chance of winning Linda back.

But with Mick and Linda stronger than ever, the likelihood of Max seeing out his dream to fly to New Zealand to start a new life with Linda is looking pretty slim. However, now Linda is back with Mick, could that mean Max becomes so consumed by the sadness that he’s lost so much in his life, and leave Walford to start again on his own?

Alternatively, look at the lengths Sharon went to to get revenge on Ian…if she wants revenge on Max for outing her secret, could she go one step further in her plan this time and kill Max?

It’s almost hard to believe that Kush Kazemi (Davood Ghadami) once lived a fairly easy life running his market stall. Kush’s life has turned upside down following his out-of-control gambling addiction. Ruby (Louisa Lytton) tried to help him flee Walford with Arthur but as Kush clearly wasn’t cut out for a life with a new identity in a new country, he returned home.

Kush is currently living with Ruby, but as Dotty (Milly Zero) pushes him for an answer on the spare room, it isn’t long until Kush moves in, and sparks start to fly between him and Whitney (Shona McGarty).

There is the small matter of Kush’s upcoming prison sentence. He’s told Phil (Steve McFadden) he will admit to some of the Mitchell’s crimes and in return Phil must ensure Arthur gets the best life possible, so what will be the outcome of that all important sentencing? Or will something, or someone, stand in the way of Kush spending years in prison?

With Gray starting to manipulate Whitney, what will occur when he discovers the chemistry between Whitney and Kush? Will Gray’s jealousy and anger get the better of him, resulting in him killing again?

Lacey Turner gave birth to a baby boy on February 3, so over in Albert Square, it now means Stacey’s exit will be looming. There’s speculation on whether Max and Stacey could leave Albert Square together, or perhaps Stacey will find herself forced to flee Walford again?

One thing we know for certain is that Stacey’s exit from Walford is simply because Lacey is going on maternity leave. She will be back, and judging by Stacey’s last exit, this one will more than likely cause a huge impact on the Slaters.

Mick recently reported child abuser Katy Lewis (Simone Lahbib) to the police, which of course means her exit will be on the way. Katy is trying to convince daughter Frankie (Rose Ayling-Ellis) that she hasn’t done anything wrong, but thankfully Frankie isn’t falling for her mother’s manipulative ways anymore.

Mick is set to go over his statement about Katy soon, so that begs the question of will the police arrest Katy?

Or if she’s aware her time is running out, will Katy attempt to flee Walford to escape justice?

The most recent exit to be announced is that of Mo Harris (Laila Morse). After more than 20 years, it has now been claimed that Laila will be leaving the show later this year, but it may not be for good.

Laila has previously taken breaks from the show, and an EastEnders spokesperson has told Metro.co.uk: ‘Just like many occasions before, Big Mo will be departing Walford but as always she’ll no doubt be back in the not too distant future.’

Mo has had some iconic moments over the years, and with all of these character’s being involved in some huge storylines, their exits and final scenes will no doubt be memorable!