After 12 grim episodes, The Handmaid's Tale season three finale rewarded viewers with a glimmer of hope when lead character June, played by American actress Elisabeth Moss, was finally able to smuggle a group of children out of Gilead.

In total, more than 50 boys and girls were able to board a cargo plane and escape the totalitarian regime. 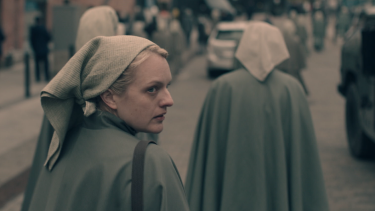 Elisabeth Moss as June in season three of The Handmaid’s Tale.

But while there's hope, it wasn't an entirely satisfying end to a bleak season.

Season three covered interesting territory, including June's transformation from hero to possible anti-hero, but its final moments were improbable and, frankly, a little frustrating: June, nursing a mid-range gunshot wound, somehow manages to survive the night alone in a cold, dark forest. 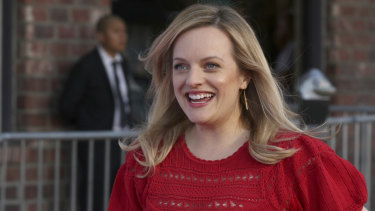 Her fellow handmaids quickly scoop her up and carry her off-screen – scenes that contributed to what USA Today’s reviewer described as a "gorgeous and completely nonsensical ending". The Hollywood Reporter’s Josh Wigler wrote, "Anyone who hoped for June's escape in season three was surely disappointed".

The ending was nowhere near as jarring as season two's widely-criticised clanger, which saw Moss' character transform into a righteous superhero who turned away freedom. But in a way, The Handmaid's Tale is always going to disappoint fans now that it has ventured beyond author Margaret Atwood's original source material, because conclusions seem out of reach.

Melbourne University academic Dr Lauren Rosewarne isn't surprised by the criticism thrown at the show. She says TV shows rarely please everyone, even if they start off with an incredibly loyal following and win a string of awards.

"Season finales are often anticlimactic. We realise that another season has ended and yet we don't have answers to questions that we've been nursing for years," she says. "This is really frustrating. Audiences are cynical and know that producers are just trying to lure us in for another season. Handmaid's can't give us everything in the [season three] finale, else our hankering to return next year will be reduced.

"Audiences are frequently annoyed … because we've invested emotionally. We're on some kind of wild goose chase which, in a way, we are: multi-season television needs twists and turns and resolutions that are always just out of grasp."

Dr Rosewarne says while viewers and critics are entitled to their disappointment, it's important to remember that at the end of the day, individuals have little power over what goes on in Hollywood.

"If ratings were strong, we're going to get another season," she says. "This is the business of entertainment media."

American streaming service Hulu has already commissioned a fourth season of The Handmaid's Tale, with the show's writing room holding their first meeting last week. The new season is expected to land in late 2020.