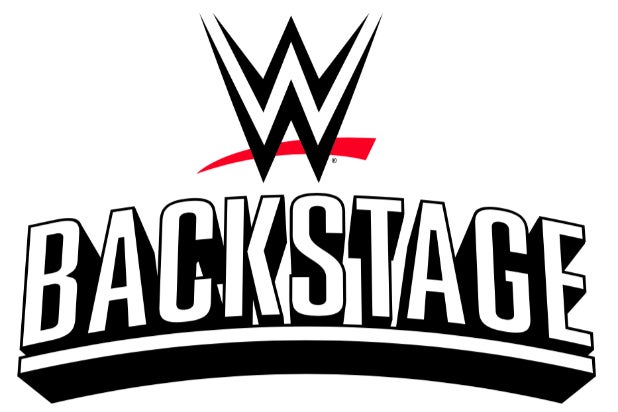 WWE and Fox Sports have finally unveiled the title, premiere date, time slot and hosts for their FS1 studio show. Oh, and we even got a logo on Thursday — you can see that above.

“‘WWE Backstage’ is a wrestling show for wrestling fans. From hardcore fans to people new to wrestling, we’ll give them a little bit of everything,” Young said in a statement this morning. “It’s going to be fun, it’s going to be loud, we’re going to give them a ton of opinions and I can’t wait to help spread the word about ‘SmackDown’ coming to Fox.”

“It’s awesome being part of the Fox family and part of this movement of ‘Friday Night SmackDown’ to Fox,” Booker T said. “Fox Sports has always been the one-stop shop for sports and now it’s going to be the one-stop shop for sports and entertainment. I think this is going to be a tag team that’s going to last for a long time, and one that cannot lose. As I always say, now can you dig it, sucka?”

More information on “WWE Backstage,” including additional on-air personalities and special guests, will be announced at a later date. For now, WWE and Fox Sports simply say that Young and Booker will be “joined by a rotating cast of guests and personalities, including current and former WWE Superstars.”

“SmackDown” moves to Fox’s broadcast channel — and Fridays — on Oct. 4.